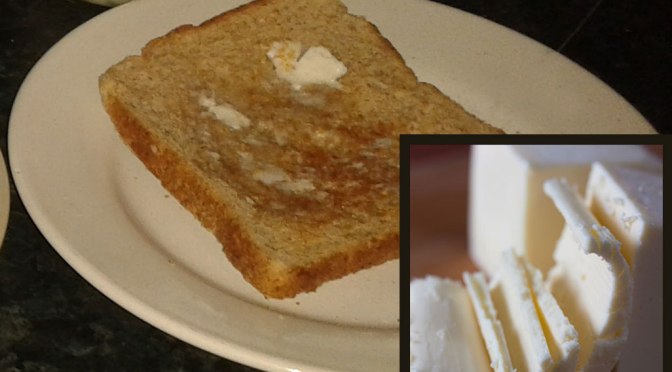 Vegan butter recipe as asked for by a few people at the World Vegan Month party.

A delicious light buttery taste and importantly it melts like butter on pasta or vegetables.   I couldn’t imagine asparagus without butter and sometimes olive oil is too plain or strong.   A bit of a faff for some people I should think.

a)  Whisk together the soya milk, vinegars and salt and leave to stand until it has curdled.

b)  Measure melted coconut oil and the other oil into a food processor.   Add the soya milk mixture,  soya lecithin and xanthan gum.  Process for five minutes scraping down the sides half way through.

It needs to solidify as soon as possible after mixing for a smooth butter.

c)  Pour the mixture into a mould, eg  marg tub or large ice cube tray, and freeze for one hour until solidified.  Store for use in the fridge.