Dairy free milk is widely available these days and there are several varieties and flavours to choose from. Some are fortified with vitamin b12 which is useful for vegans. Soya milk is the most popular choice and can be bought sweetened or unsweetened. Many supermarkets now offer their own brand of soya milk.

Other non-dairy milks are made from nuts or seeds and these are becoming very popular, especially almond and coconut. There are also a range of rice and oat milks on the market. All these milk alternatives can be used in place of dairy milk for drinking, cooking and baking although they do vary in taste so a little experimentation might be needed!

Many people find cheese one of the hardest foods to give up when deciding to adopt an animal free diet but vegan options are improving all the time and include soft and hard cheeses in many varieties and flavours. Unfortunately, a lot of non-dairy cheeses are highly processed so making your own is healthier and cheaper. Nutritional yeast is a good alternative to parmesan. Our Recipe section has several dairy free cheese recipes.

Non-dairy butter and margarine are made from vegetable oils or coconut and most work well in baking, cooking, and as spreads. You can also find nut and seed butters, such as those made from almond, cashew and sunflower seeds. Oils including sunflower and olive can also be a substitute or you can make your own version.

There is an array of dairy free yoghurts made from soya, coconut or rice to name a few and they have the same healthy bacteria as their dairy counterparts. Plain yoghurt is used for cooking and baking but there are also lots of fruit flavoured non-dairy yoghurts.

Non-dairy creams can be made from soya or nuts and some are created using a blend of vegetable oils. It can be bought in several forms such as sour cream, whipping cream and even coffee creamers. Home made options include the use of coconut milk or cashew nuts and there are many recipes online.

Non-dairy ice cream is made from dairy free milks and you can now buy vegan ice cream cones, bars and sandwiches as well as tubs. They are often lower in calories and fat than dairy ice creams. A really simple but delicious home made ice cream can be made from frozen bananas! Sorbet’s are usually vegan and can be found in most freezer sections. These are mostly fruity rather than creamy. 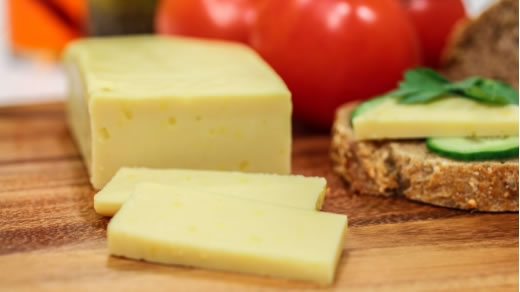